From a very old version of  a website I haven’t had in years. 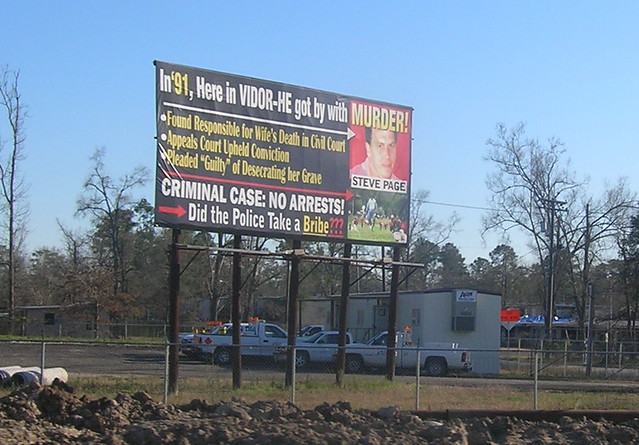 Ruth Woods was a former Mayor of Vidor, Texas, (and was a major “character” in my documentary ” The Least of My Brothers“)  and she died Saturday, July 9th, 2016 at Harbor Hospice House in Beaumont.

You can see it here:

By Dan Wallach        Tuesday, July 12, 2016
Ruth Woods, who served as Vidor’s mayor for almost three years in the early 1990s and stared down the Ku Klux Klan as she fought for desegregation of public housing in her city and prevailed in a recall attempt launched by the racist group, has died. She was 82.

Woods was a month short of her 83rd birthday when she died Saturday at Harbor Hospice in Beaumont.
During her tenure as Vidor mayor, Woods battled public perception of Vidor as a racist city on a television program and in Texas Monthly magazine, in an article published in December 1993.

She also withstood threats of physical harm from the racist group whose members fought efforts to desegregate an all-white public housing complex in Vidor.

Former Mayor Larry Hunter, who preceded Woods in office, said Woods was courageous for her stand and she did the right thing and got council rallied with her.
Hunter, a lawyer in private practice in Beaumont who still lives in Vidor, said her council for the first time in the city’s history, denied a parade permit to an outside “nationalist” group that wanted to protest the desegregation order.

“It was good money spent, saying no,” Hunter said. “We were tired of being the stomping grounds for such malarkey.”
Woods, in an early 1994 article in The Enterprise, sharply criticized the tabloid TV program “A Current Affair” for a segment is showed using hidden cameras to report on a black man living in Vidor for two weeks.
Texas Monthly, in December 1993, had published a 12-page piece titled “The Most Hate-Filled Town in Texas,” referring to Vidor.
“I thought Texas Monthly was a sleaze bag and that nobody in journalism or whatever they call themselves could stoop any lower, but ‘A Current Affair’ did,” she said.
The article never mentioned the racist protests began with agitation from a klan leader based in Cleveland or that a so-called nationalist group from Mississippi sought the parade permit.
Hunter said he had run for mayor, defeating four other candidates including Woods to impose a half-cent sales tax for the city. Once he’d accomplished that, he asked Woods to run, which she did in 1991.
“I finished my term, then the roof caved in,” he said, referring to the struggles about race.

This is a documentary I spent 5 years researching and producing!

This was my whole life the entire time.

It is the story of the desegregation of Vidor , Texas and the homicide investigation of the first African American to move there.

I didn’t find the answers I thought I was going to find. But I did find a fascinating story.

I shot it on BetaCam SP and edited on the Avid Media Composer and some photoshop and after effects. I finished it in 1999.  I then re cut it using Final Cut Pro and some new footage shot on a Sony VX2100 DV Camera.

I shot this on BetaCam SP with some shots from a VHS camera.  I combined the footage I shot with newsreel footage from KFDM.  I edited everything on the AVID Media Composer 1000 between 1997 and 1999.

A few years later I re edited it to make it shorter and hopefully tighter. I used Final Cut Pro 7 and some After Effects/ Photoshop work.  I also shot some new “B-Roll” of Vidor on a Sony VX2100 mini DV camera.