The Ultimate John Lennon Interview: An Overview of His Entire Solo Career (1980)

https://mattkprovideo.com/2019/06/29/i-just-saw-yesterday/
I just saw YESTERDAY.
https://www.imdb.com/title/tt8079248/?ref_=fn_al_tt_1
I give it a mild thumbs up. It’s cute. And it’s good but not a masterpiece. If you’ve seen the trailer you’ve pretty much seen the movie.
I’m not knocking it, is a fun watch but I just wasn’t blown away by it. I do have a question though.
Spoiler.
Spoiler.
SPOILER!!!!
Wasn’t there an earlier film or TV show that asked the question what if John Lennon never joined. the Beatles?
…. I posted this to a forum Beatles. and someone pointed me towards:

The old man who lived by the seaside………… you could have lifted that scene out of the film and cut it into a shortand it would probably win an Oscar for best short subject film…. Almost like “The Hours and Times”

Doesn’t “the old man” mention his wife and her struggles with racism?I can’t remember exactly what he said…. was that perhaps a reference to……you know who? He wouldn’t have ever met her if he wasn’t …….. you know……

And at the end when Jack Malick ( MORE SPOILERS) says those 4 names…. wouldn’t those 4 folks be besieged by reporters?

Had Jack Malick signed a contract with Debra Hammer ( McKinnin’s sleazy music producer character)?He would have had to have signed some kind of contract in order to get all that time in the recording studio.

She could sue him for fraud and major damages.Then again even IF all those songs were uploaded for free…. Hammers record company could easily pull most of it down via DMCA.Copyrighted songs get uploaded every day and the record companies always fight back.

I found it amusing that the modern marketers didn’t see any value in naming the albums “Abbey Road” and “Sgt. Peppers Lonely Hearts Club Band”. I almost agree with them… I suspect even in the sixties those must have sounded odd to the record companies. Out of context, and without the already well grounded reputation of the Beatles, those are very un commercial album titles.I also wonder if the Beatles VERY early pop songs the first, bubble gummy songs… like “ If I fell” and “I want to hold your hand” would be considered good today

A documentary on the great BEATLES album “REVOLVER”

Lennon Glasses made in Adobe Flash

Made for George Pestana of the Austin Surf rock band THE NEMATOADS.

2D Animation made in Adobe Flash and Adobe After Effects,

The drum of course is based on the drum kit of Ringo Starr of the Beatles.  George’s actual drum kit doesn’t really look this.

Replacing Ringo? The Story Behind Bernard Purdie and The Beatles

“There are four drummers on the Beatles records. Ringo’s not one of them.” So says Bernard Purdie

Taken at face value, this is a bold claim, if not a crazy one.

Purdie also stated: “I overdubbed the drumming on twenty-one tracks of the first three Beatle albums.”

Bernard Purdie is one of the must influential and famous drummers in recorded music history. This author details Purdie’s claims, explains why he said what he did, and separate fact from fiction. 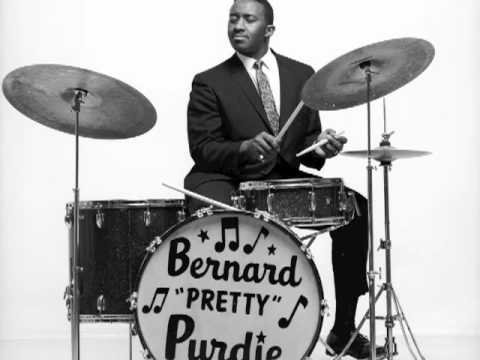